Stories you might have missed about food, agriculture, and the ever popular ‘stuff’, along with occasionally snarky commentary.

Coffee Linked To Not Dying! 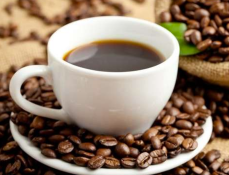 Ooo, coffee — that delightful, delicious beverage that both pleasures the taste buds and enlivens the brain, oh I feel so sorry for those of you who drink tea. (Come on, you tea drinkers know what you’re drinking is lawn sweepings soaked in tepid water, right?)

Anyway, now that I’m done annoying the tea drinkers out there (you know who you are), let’s get on with this.

That headline up there is not clickbait. It’s true. According to a study published actual real live doctors from an actual research facility and published in an actual science journal (not the Flintstone’s Institute for Advanced Studies of Sciency Stuff and Flat Earth Society where most of the congress apparently gets its science information) you have almost a 20% less chance from dying from just about anything if you drink coffee. Well, probably not getting hit by an asteroid or something like that. They mean heart disease, stroke, cancer, that kind of thing. If you click the link it will take you to an article over on The Guardian and you can get the links to the actual study from there.

containing dicamba after it was learned that more than 200,000 acres of non-GM soybeans were allegedly damaged by the product. The Arkansas ban was approved by the Governor’s office and will go into effect on July 11, and is in effect for 120 days. The Missouri one doesn’t seem to have a specific time limit, but the agency involved in Missouri said it hoped the problems could be resolved and the ban lifted yet this growing season.

Dicamba has always been difficult to work with. It turns to vapor and can drift for extremely long distances. Non-GM soybeans are extremely sensitive to the product, and even a tiny amount can damage the crop, so any kind of drifting is a serious problem. Monsanto has claimed that it’s “VaporGrip” version of the product cured the problems when used properly. But it doesn’t seem to be working very well.

So, you ask, what dos Monsanto say about all of this? Glad you asked.

They’re blaming everyone else, of course. In an interview over at CropLife, a Monsanto spokesperson blamed everyone and everything except, of course, it’s product. Farmers spraying at the wrong time of day, having residue from other products in the sprayer’s tanks, not following proper procedures, using the wrong spray nozzles, spraying in windy conditions. And all, of course, without offering any proof that any of this actually happened.

Five states (and I’ve heard several more are in line to do it too) are suing the EPA over it’s decision to permit the continued use of Chlorpyrifos, a very nasty pesticide that is known to cause serious health problems, especially in children.

I mentioned this before. Last year the EPA determined that chlorpyrifos was dangerous, and public health organizations, doctors and other health care professionals have been pushing for it to be banned for years. The EPA was going to ban the stuff at last.

But then along came Pruitt and he claimed the stuff is just fine and dandy and that they had real actual “meaningful data and meaningful science” to prove it. Associated Press, other media, and health officials have repeatedly requested the EPA provide them with the data, but the EPA has refused to respond to any of the requests.

I don’t like being a cynical old bastard, but I get the feeling the EPA hasn’t provided it yet because they have interns locked in a back room somewhere desperately trying to write something sciency enough to fool the average reader into believing this stuff is “safe”.

Oh, I should point out that DOW, which makes chlorpyrifos, contributed $1 million to Trump to fund his inauguration, its CEO is supposedly good friends with him, and it has spent over $13 million “lobbying” various politicians in the past year.

If you followed my old blog on Tumblr you know I’m fascinated with the agricultural commodities market and how it functions. Or, rather, how it doesn’t function, because it’s often so screwed up it’s laughable. Often what’s going on in the futures markets seems to have little to do with reality. Like right now.

Now during the drought, corn and soybean prices skyrocketed, with corn pushing the $8/bushel range for a time. So you would naturally think that a report that bad would push the prices up, right?

Well, no. After the report came out, corn prices fell by about 5 cents a bushel, and soybeans dropped more than 12 cents.

Apparently what drove the morning price down was that the report wasn’t as bad as they thought it would be.

More on the dicamba front: BASF, which has partnered with Monsanto to produce the special dicamba blend that was just banned in Arkansas and Missouri after enormous numbers of complaints about crops damaged by the herbicide, is trying to pull a bureaucratic end run around the ban by applying for something known as a “special local need label”.  This is a special permitting system that allows the use of a pesticide that normally cannot be used, because no other pesticide would be effective. Basically it was originally intended to help during emergency situations where there was an infestation of some pest that threatened to wipe out a crop, and only a non-registered pesticide would work. If you want, you can read the information about that whole process here.

Considering dicamba has damaged literally hundreds of thousands of acres of crops as it has drifted across the countryside, it seems that problem here is dicamba, not the weeds it’s supposed to control.

What The Hell Is Milk Anyway? 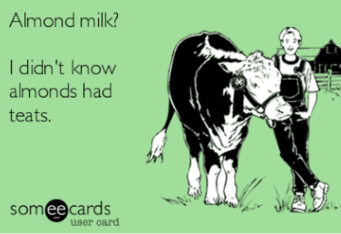 There is a lot of fighting these days over the definition of the term “milk” when it comes to products being sold to consumers, specifically over the use of the term in describing drinks made with various nuts and beans. I.e. “soy milk” and “almond milk” and that kind of thing. Even USDA isn’t sure, and is using the word “milk” in much of it’s literature when referring to these products.

I can certainly understand why the almond industry wants to use the term. It’s because calling “almond milk” what it really is, isn’t exactly appealing. If they labeled it accurately, they’d have to call it “97% water with a few ground up almonds, emulsifiers, stabilizers, gums, flavoring agents, coloring, added vitamins and minerals and preservatives and you’d get more nutrition from just eating five or six actual almonds than drinking this stuff beverage”.

Try fitting that on the label on the bottle.

For anyone living out in the country internet access is a major problem. There are various schemes and scams floating around that claim they will bring high speed internet to rural residents, but most of them are never going to get anywhere for various reasons.

Why won’t the ISPs connect rural customers? Cost, of course. It would take ages for them to make up the cost of connecting everyone outside of cities and towns. The same thing happened with electricity and telephone back in the day, the providers wouldn’t hook up rural areas until the government pretty much forced them to and paid a lot of the costs associated with it. And in this current political climate, well, a prominent Wisconsin politician (Sensenbrenner) is on record as saying that no one actually needs internet in the first place, thus illustrating that he hasn’t a clue as to what life is like out here in the real world.

The problem with most of these schemes is that they rely on some type of radio communication, either types of cellular networks, microwaves, or some kind of extended wifi system. And the fact of the matter is that we don’t really have the spectrum available to make these schemes work. The radio spectrum is so severely overcrowded now that cellular companies are paying billions of dollars for access to a few frequencies to expand their networks and improve their systems. So exactly where they’re going to squeeze in these new services is problematic.

The other problem is that some of these systems are already being tested or are even already in use in limited areas, and they don’t really work very well and they aren’t really all that fast. We have a kind of microwave system in use around here serving residents that live outside of the wired system, and it has some serious issues. Heavy rain and snow disrupts service, speeds slow to a crawl during ‘prime time’ when many people are trying to use the system, and most of these systems are very expensive, have some very serious data caps, and have lots of other issues associated with them.

Yet another problem is that what the feds are calling “broadband” isn’t really broadband by anyone’s definition. The US has some of the most abysmal internet speeds of any first world country. The ISPs here have been concentrating on throttling back usage, restricting bandwidth, charging utterly ridiculous amounts of money for going over artificially created caps so they can cram ever more paying users into an already overloaded system, and not investing any of that money in improving the infrastructure or in extending their coverage. The result is that US speeds are about half of what they are in the UK, the EU, Japan, Korea, and even the metro areas of China.

manure from farming operations. I’ve mentioned before that we have had problems with well contamination from farm runoff, especially in Kewaunee County, were it’s estimated that 30% – 40% of the wells are contaminated. It hasn’t been widely reported, but the problem is so bad that local organizations, schools and others have been giving out drinking water to local families because of the widespread contamination of the wells up there.

The state is going to be issuing new rules that will finally put some restrictions on when, how and where farms can spread manure. Hopefully this will help.

Okay, okay — I know that photo has nothing to do with the story. But if I come across a photo of a person in a swimsuit, wearing a mask, standing with a bunch of cows, I’m going to put it up. I can’t help myself.