If you could see my yard and house you’d find out quickly that I really, really love plants, but there are some plants I love more than others. Hostas are one, and we ripped up the little patch of grass in front of the house and have been turning it into a hosta garden.

Another I love is sedum. When the FFA had their plant sale a few years ago they had a lot of stuff left over that didn’t sell that they gave me a whole flat of young sedum plants that immediately came to live in our back yard, and they’ve been thriving ever since. They are all up now and looking very well. They’ve tolerated an amazing variety of conditions in the years we’ve had them, ranging from near flood to drought and are still hanging in there.

The cactus we rescued from the town compost pile was immediately named Mr. Spiny, 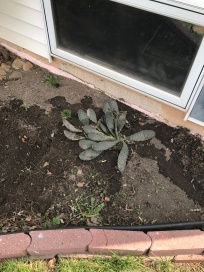 and much to our surprise he seemed to actually like being out doors and in the corner garden. He doesn’t look too good at the moment after this winter, but MrsGF tells me he’s going to be just find once the weather starts to warm up. I hope so. I’ve become rather fond of the thing.

Then there is this thing, which I do not like. It’s a pretty bush, I’ll admit that. But dear lord it’s nasty. It has some of the worst thorns I’ve ever had to deal with. They’re so sharp they go right through even my heavy leather welding gloves. I’d like to get rid of them but MrsGF likes ’em for some reason, and they’re on the north side of the house

where it’s hard to get anything to grow anyway, so it looks like I’m going to be stuck with the damned things for another year.

I don’t know what they actually live on. There’s no soil here, just rock.

I got myself seriously chastised the other day because I’ve had this dopey thing for about 4 years and in that time have only 3,200 miles on it. 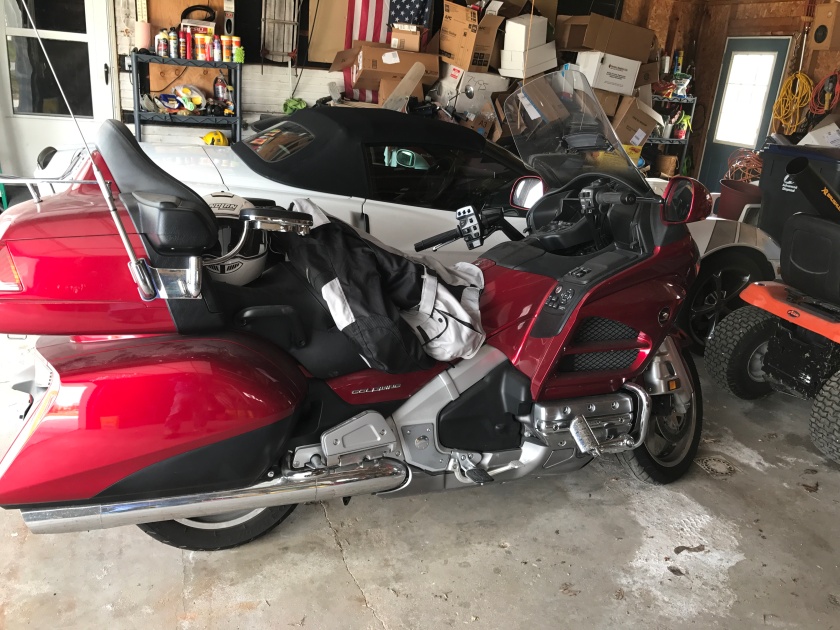 Odd, really. I put something like 13,000 miles on my BMW the first season I owned it. But as soon as I picked up the Goldwing, which is far more comfortable to drive than the BMW was, I seem to have lost interest in motorcycling. Strange.

Enough. It’s supposed to start raining this afternoon and I have a lot to get done yet today!