It’s that time of year again. The days are getting noticeably shorter, temperatures are getting cooler. The leaves on the trees are beginning to change color. I’ve said before that I like winter, I love the fall. But I’m rather reluctant to let go of summer and embrace the change of season this year.

We still have brilliant flowers growing outside, but knowing that it’s only a matter of a few weeks before they begin to fade is kind of sad.

And the weather, at least this week, doesn’t have much of an autumnal flavor. After days of daytime temps not much more than the mid-fifties and night time temperatures down in the forties, it hasn’t been exactly summery out.

But yesterday it hit the high seventies, and for the next few days the highs are supposed to be in the low 80s. So we’re going to enjoy it while we can.

The gardens here are doing reasonably well for this time of year. Still lots and lots of flowers, the squash are amazing. This is the first year we grew squash and it’s been more successful than we could have hoped. It looks like we’re going to have a couple of dozen acorn and butternut squash from those few plants.

Alas, the same can’t be said for the tomatoes and peppers that were in the raised beds. Last year the raised beds were amazing. This year… The tomatoes; we know what happened with them. They picked up a fungus because of the wet weather we had all spring and well into summer. And we planted them too close together so there was poor air circulation. That combined to take out the tomatoes early this year. We got enough to make some soup and sauce, but less than a third of the production we should have had. 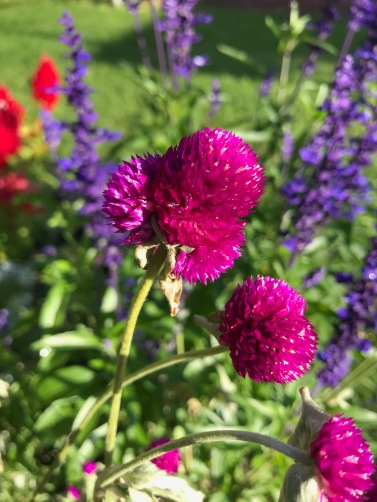 Not sure what happened with the peppers. I suspect some kind of insect damage plus the wet weather was too much for them. The sweet bells in that bed didn’t even flower. The banana peppers and hot peppers did have some yield, but not as much as they should have had. The peppers we planted in other locations did just fine.

Something in the soil? Don’t know. I may end up digging out all of the soil in both of the raised beds and replacing it this fall just to see what happens. They’re only 8X4 so it wouldn’t be a huge operation to do it. We’ll see.

This week I’ll probably get started doing the usual fall cleanup, starting with the tomatoes and the peppers that haven’t been producing. No point in keeping either of those. The tomatoes, well, they’re all pretty much dead anyway, and it’s pretty obvious that except for the banana peppers we aren’t going to get anything from the 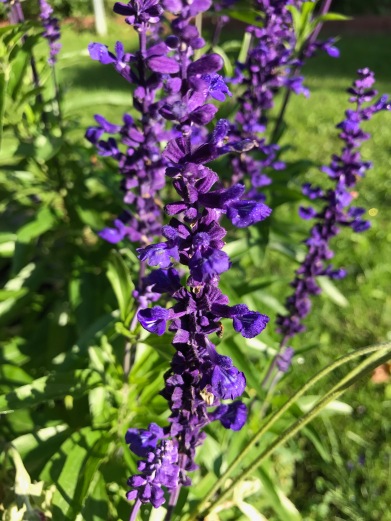 others, so there’s no point in leaving them there and we might as well haul them down to the compost pile.

One thing I’ve noticed all season long is a lack of bees. Until recently, I hadn’t seen a single honey bee around. A few bumble bees, but that’s it. That’s probably why the pear tree hasn’t produced the way it usually does. When it was in flower there were almost no bees at all around here. Probably also why the cucumber production has been so poor. The plants are doing well and flowering beautifully, but very little fruit.

One good sign is that yesterday the sedum were loaded with honey bees. Dozens of them were zooming down on the sedum flowers. A bit late, but still nice to see.

2 thoughts on “Changes. Enjoy the Flowers While We Can”