Finally got around to testing the FlashForge 3D printer after replacing the thermocouples. 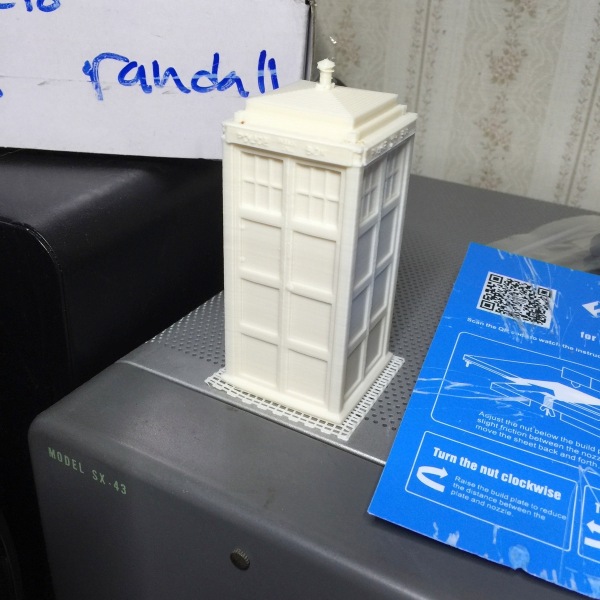 Results weren’t horrible, but not as good as they should have been.

I’m not sure why but It’s been having issues with prints not sticking to the bed for some reason. It didn’t do that before. I replaced the kaptan tape, double checked the temperatures… nothing seems to help. If you look close at the model above you’ll see that on the far left corner it’s lifted up a bit where it began to release from the bed during the print run.

I also seem to be having extruder problems. I haven’t changed any of the settings. Temperature, feed rates and everything are the same as before. Going to need to do a bit of investigating. I tried two other test prints. One curled so bad I had to abort the print. The other was a rather complex object, a rendering of two people embracing, and the print quality was so bad I aborted that to

I’m not really sure what’s going on with the print temperature settings. I use ReplicatorG to generate the files and the temperatures I set in the program aren’t changing the temps on the printer. Even worse, it doesn’t allow me to change the print bed temperature at all. I’ve even tried changing it on the printer before printing, but no matter what I do it always reverts to the old settings of 220C for the extruder temp and 100C for the bed.