We have reached a point in society where most of our news sources aren’t really news sources. The vast majority of websites you see out there that claim they are ‘news organizations’ are really no such thing. They have no actual reporters. They have no real journalists. They have no research staff. The have no fact checkers. They are – well, I suppose you could call them regurgitators. 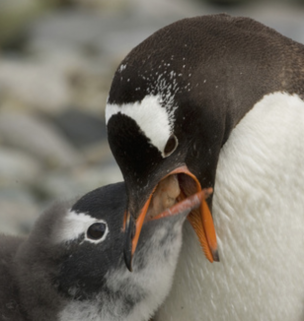 If you browse through some of these ‘news’ sites, you’ll quickly find they have absolutely nothing that is actually new or original. What you’ll see is an endless string of references to material that does not originate with the site, but outside sources from traditional newspapers, magazines, and television/cable media, or even sources that have absolutely zero credibility like some wanna-be pundit on Twitter or Facebook.

What they do isn’t journalism, it’s – oh, harvesting, I suppose you could call it. They scrounge the internet for news items, studies, blogs, photos, twitter feeds, facebook posts, etc. for stories that they think will feed into the mindset of their readers, gulp them down, and then like mommy birds regurgitating food for their young, scurry back to their own website and puke it back out again, along with a liberal dose of outraged commentary, to feed their readers.

I’m sorry if that’s a bit disgusting, but that’s pretty much exactly what they do; they scarf down real news stories, digest them a bit, add some digestive juices to blur things, and then regurgitate it for us. Not in it’s original form, but twisted, half dissolved, semi-digested, warped, changed, all to suit the point of view of the website’s backers and to lure the ranks of the outraged and irritated so the website can push its political agenda or moral stance and, even more importantly, generate that yummy, yummy advertising revenue.

Now I make no attempt to hide the fact that I lean towards the left side of the political spectrum, but even I have to admit that while the regurgitators fall pretty evenly on both sides of the spectrum, a lot of the left leaning sites are doing this. If you go to sites like Right Wing Watch or Raw Story, what you’ll find there is an endless string of “stories” that are nothing but regurgitated information from other sources, all selected to support and feed the anger and outrage of us lefties, along with large doses of comments by bloggers that support our feelings. If you switch over to the far right, you’ll find exactly the same thing going on.

I did a totally unscientific (and quick because I get bored easily) study and almost all of the “news” websites I have encountered are either entirely or mostly little more than regurgitators of other people’s work.

A lot of very popular sites do this. Joe My God, Right Wing Watch, TruthOut.  Raw Story, for example. I don’t think I’ve ever seen a piece of actual original journalism over there. Their “reporters” scrounge the net for little tidbits, give us a couple of sentences describing it, and then utter their ‘oh my god isn’t this horrible we’re all going to hell’ commentary. It’s the same over on the right, even worse, I suppose. Mother Jones and Grist occasionally will publish something I’d call ‘original reporting’, but for the most part their websites are little more than regurgitators.

I find this ethically troubling, to be honest. A lot of these sites are entirely based on the work of other people, other organizations. They blatantly scoop it up and regurgitate it for their own readers. They generally give credit to the original, true, but still, they’re taking advantage of someone else’s work and contribute absolutely nothing except a bit of anger and outrage.

I suppose I’ve been guilty of this too. I’ve certainly used news stories I’ve read as a starting point for things I’ve written here, but I like to think that at least I’ve used that material only as a way of introducing something original.