It’s been busy here and it’s kept me off the computer. Between biking, gardening, trying to set up a new photo printer (more about that in another post), sitting down with ES to spec out a new gaming computer and other stuff, I haven’t had a heck of a lot of time, so let’s see if I can get caught up here. 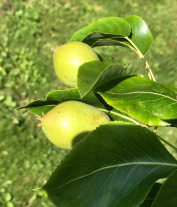 We weren’t really sure what kind of production we were going to get from the old pear tree. At first it looked like there wasn’t going to be much fruit. With the cold, wet weather we had when it was in blossom we were afraid it didn’t get pollinated, and we didn’t see many fruits on it. but immature pears are almost the same color as the leaves so it’s hard to tell. Now that the fruit is getting bigger it looks like there are going to be fewer than last year, but more than enough for our use. This variety doesn’t ripen until usually about mid-September, and when they ripen, they all ripen at the same time and we have to deal with a sudden rush of fruit to can or freeze. This variety is best eaten fresh. When ripe they are incredibly juicy, ridiculously sweet and absolutely luscious, with a buttery, creamy texture. That also means they aren’t really suitable for canning because the fruit is too soft to hold up well. We tried freezing some last year and that worked out pretty well so we’ll probably freeze them rather than can this year. 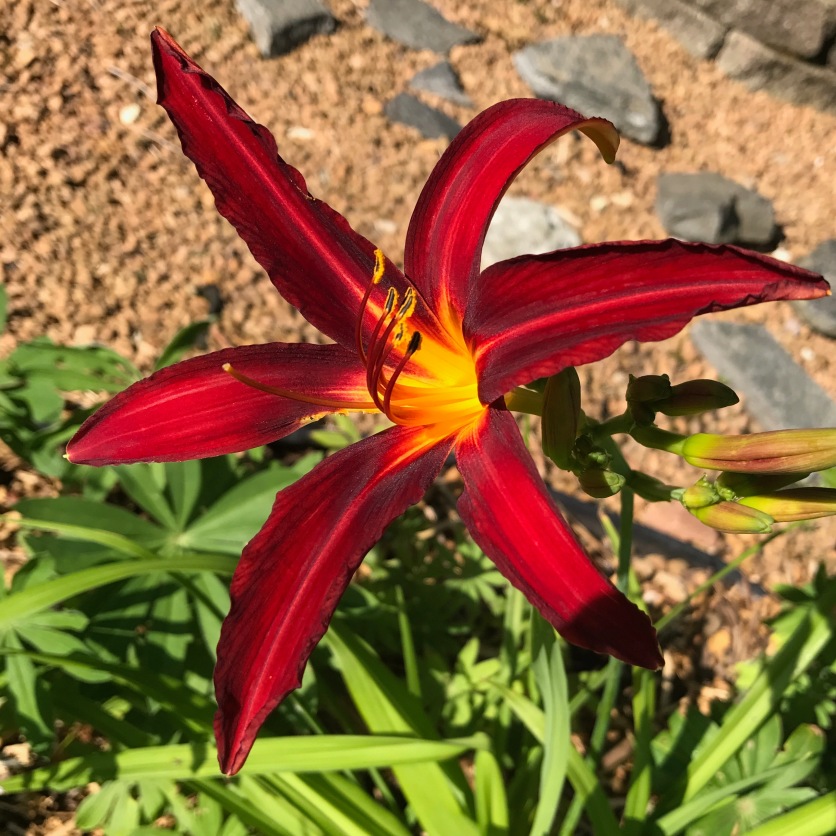 I don’t know exactly why, but the flowers have been absolutely spectacular this year. Maybe it was the wet weather, maybe all the compost we hauled in last year. In any case, they’ve been absolutely amazing. Right now the lilies are still putting on one heck of a show. The colors on some are so brilliant they almost glow in the dark.

Ah, the lowly thistle… It’s a weed, true, but it can be such a pretty one when it’s in flower. We have a lot of different varieties of thistle around here, and almost all of them are classified as weeds, and they can be pretty invasive and difficult to deal with. But my, they can be pretty… 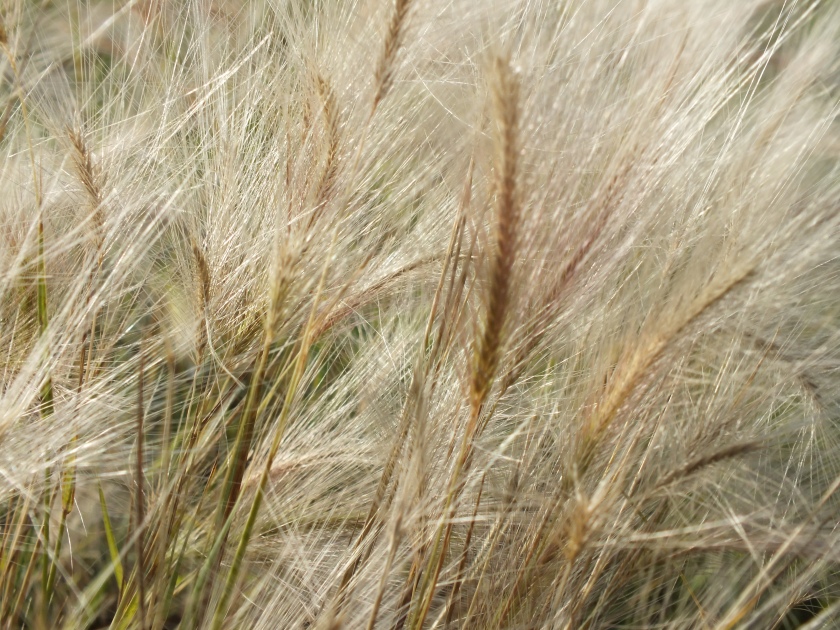 And then there are the grasses. I love taking pictures of grasses for some reason. There’s something about the complexity of the image, the different textures, the browns and greens, the developing seeds.

And fruit — lots of wild plants are fruiting right now and it drops a bit of color into the scene.

How about some ducks? I’ve been keeping an eye on this family of ducks down by the stone bridge all summer now and they look like they’re thriving.

And last but not least, this guy… 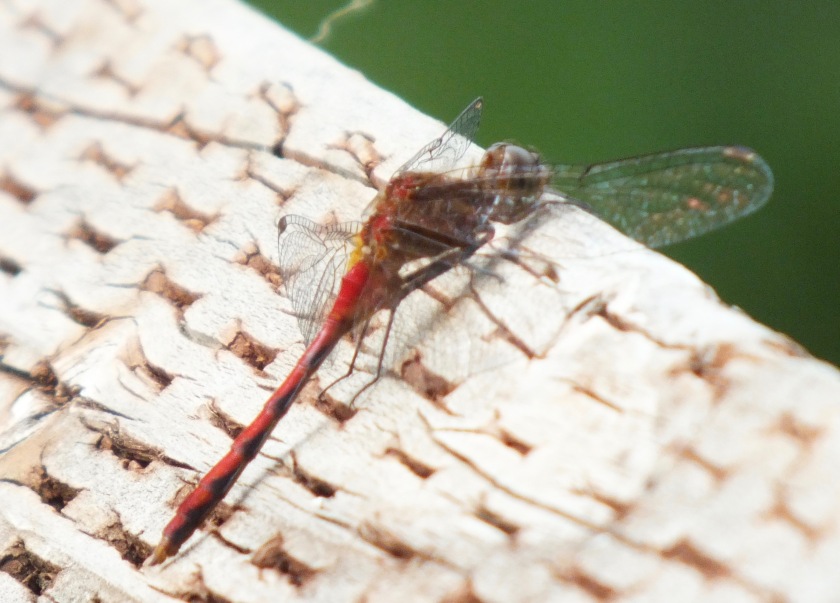 My main camera right now is a Fujifilm camera I picked up about 4 years ago, and I love it, not so much because of the camera itself but because of the lens. It has this wonderful zoom/macro lens that lets me use it a variable telephoto lens up to 30X, or get close ups of tiny, tiny things like this bug, all with the same lens.

That’s all for now. I want to get out on the bike while it’s still relatively cool out. I’ll tell you about the new photo printer another time