An icon of my youth is, I’ve been told, going to be torn down in Manitowoc, the old Penny’s building. 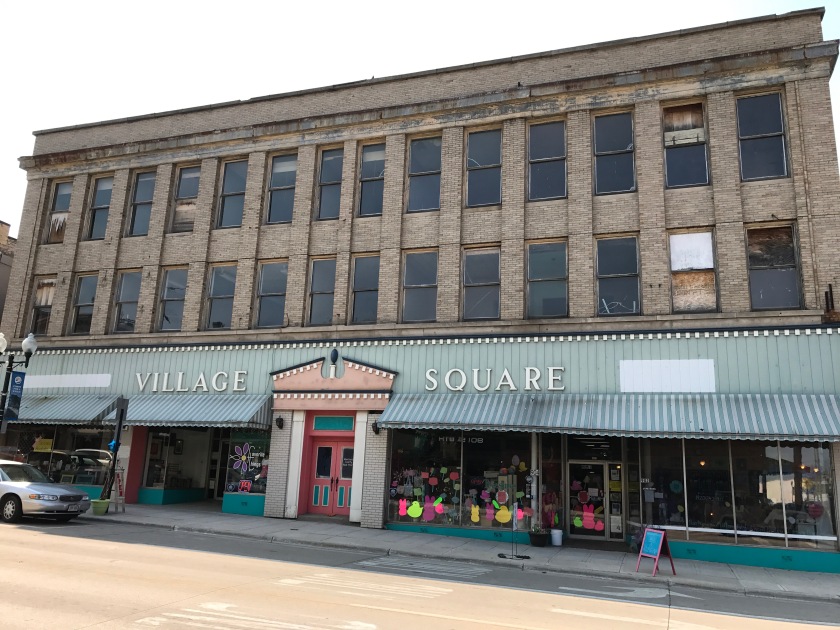 This is one case where I heartily approve of the decision if does indeed happen. As you can see the building looks like it’s ready to fall down all by itself. The two upper floors have been abandoned for years, windows broken out, covered up with plywood. The main floor was remodeled, if you can call it that, into small shops that now house, well, basically they’re junk shops except for a small art studio and resale shops that sell rummage sale items, a few antiques, on a consignment basis.

Saturday I was talking with a shop keeper downtown who used to rent space there and she told me that while it was cheap, she got out years ago because she was afraid the building was going to fall down around her ears. She told me that there were plans in the works to tear it down and replace it with a parking structure. We went in to look around and I can understand why she got out of the place. It’s pretty bad in there.

Going to Manitowoc’s downtown, the old shopping district, is a kind of bittersweet experience for me because I find it nostalgic, sad, exciting, interesting and hopeful all at the same time.

When I was a wee lad we did some of our shopping there in the downtown. At the time it looked like this. I found this image on-line somewhere. 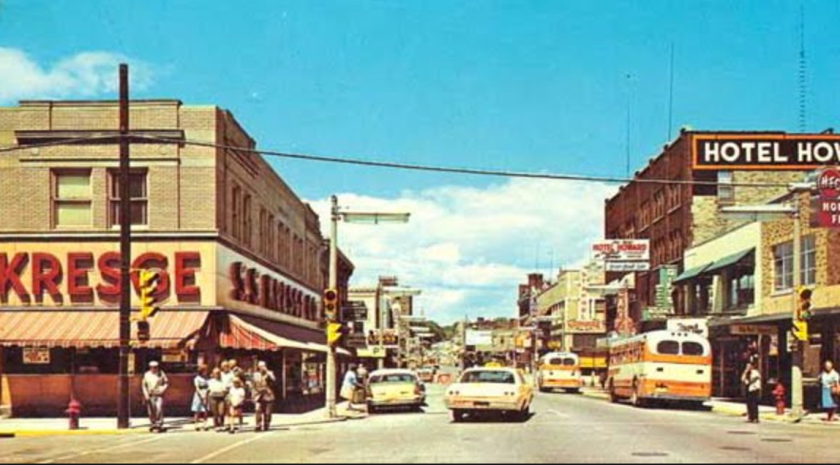 Downtown was the hub of the city, where everyone went to shop. Penny’s was there, as was Sears. Woolworths had a store there, the old “five and dime” store. Kresge’s, another 5&10 store was down there as well. The elegant and upscale Schutte Bros. department store with it’s pneumatic cash tube system. Dozens of smaller shops all running down 8th street and going down the side streets. It was a thriving, bustling place. Just over the bridge was the Boston Store, and Sears.

Sears is long gone. Kresge’s closed down. The Boston Store closed. Schutte’s closed, and eventually the other shops, the jewelry stores, tailors, shoe stores, all of them closed or went bankrupt as shopping patterns changed.

The elegant and upscale Schutte Bros. store is in a sad state. It looks like this now. 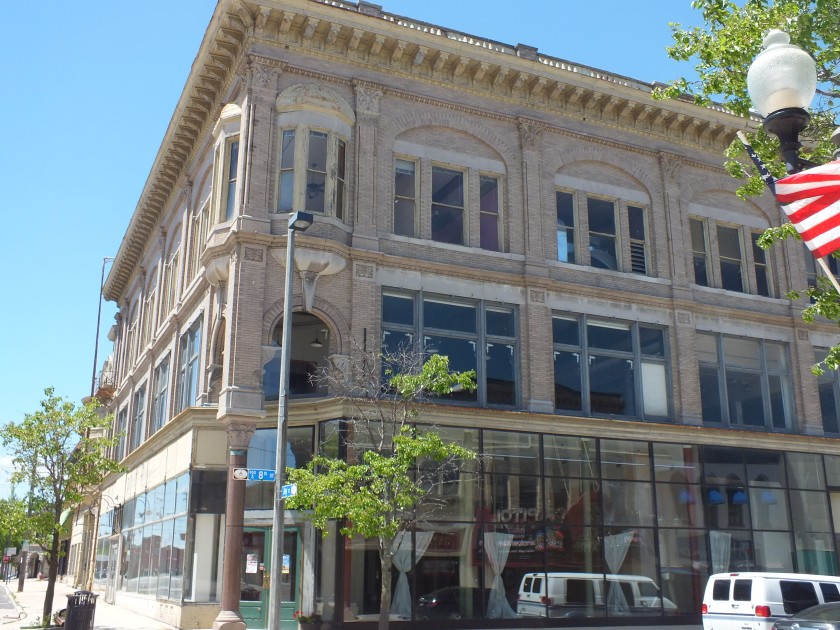 It’s been standing empty for I don’t know how long now. There have been attempts to do something with it. A half dozen different restaurants have tried to make a go of it on the main floor, but none of them have worked well, and it’s been empty now for years, slowly deteriorating.

Somehow this old building has managed to remain almost as elegant and beautiful as it was when it was first built probably almost a hundred years ago. 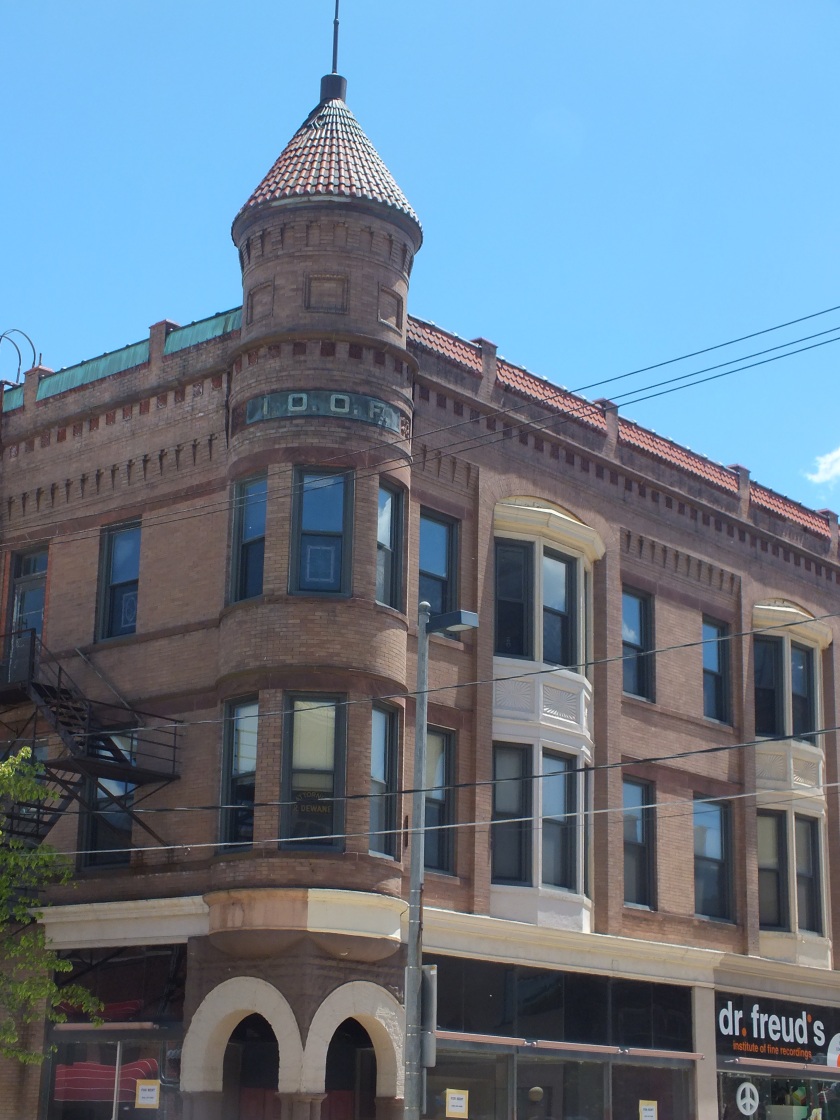 If memory is correct, and there’s a good chance it isn’t, this building originally belonged to the International Order of Odd Fellows, a fraternal organization that was popular back in, oh, the early 1900s. They spared little expense in the design and construction, and thanks to owners who cherish these old buildings, they’ve restored it and kept it in pretty good condition, and it’s one of the finer buildings downtown now.

Another fixture of downtown, the huge old malting/beer facility right on the lakeshore, is going to be hanging on, too. 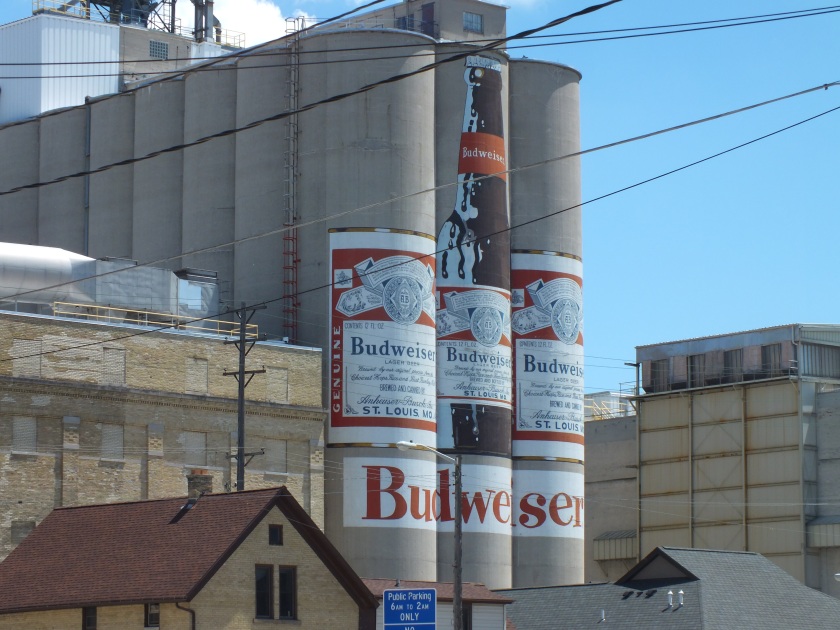 It had been owned by few different beer companies, the latest being Budwiser. Budwiser moved out of the facility a few years ago and we were afraid it would fall derelict like so many others. But it was purchased by Briess Malting of Chilton, a major producer of malted grains for the brewing industry that’s been in business for over a hundred years now.

The old imposing bank downtown is still there too, looking just as impressive and intimidating as it did when it was first put up. 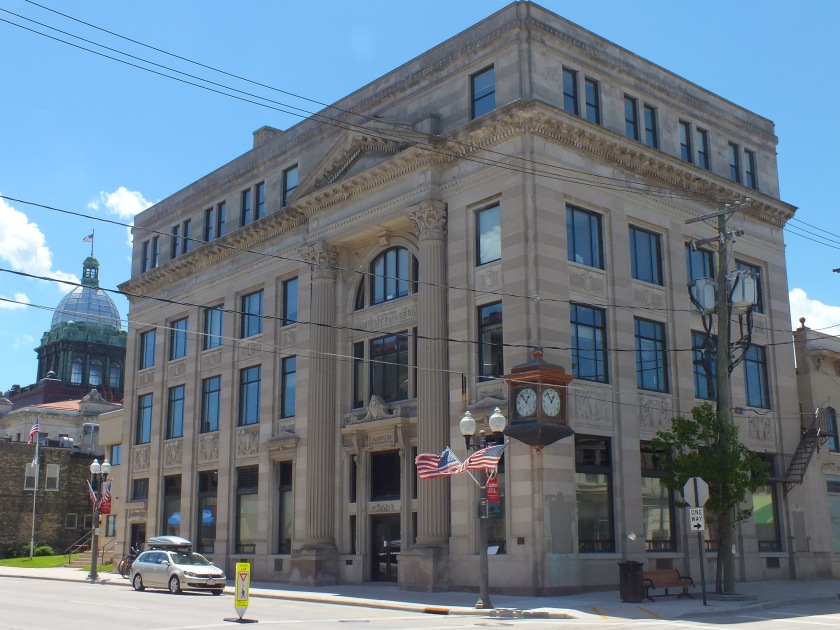 I don’t think it’s a bank anymore. Someone told me they think city offices are in there now.

The old Mirro Aluminum building is finally coming down at last. After being abandoned by it’s new owners when Mirro Aluminum was bought out and shut down, it sat empty for ages, gradually falling apart.

After years of the city squabbling with various owners, various schemes for getting rid of it, the city itself finally had to take over the property to get it demolished.